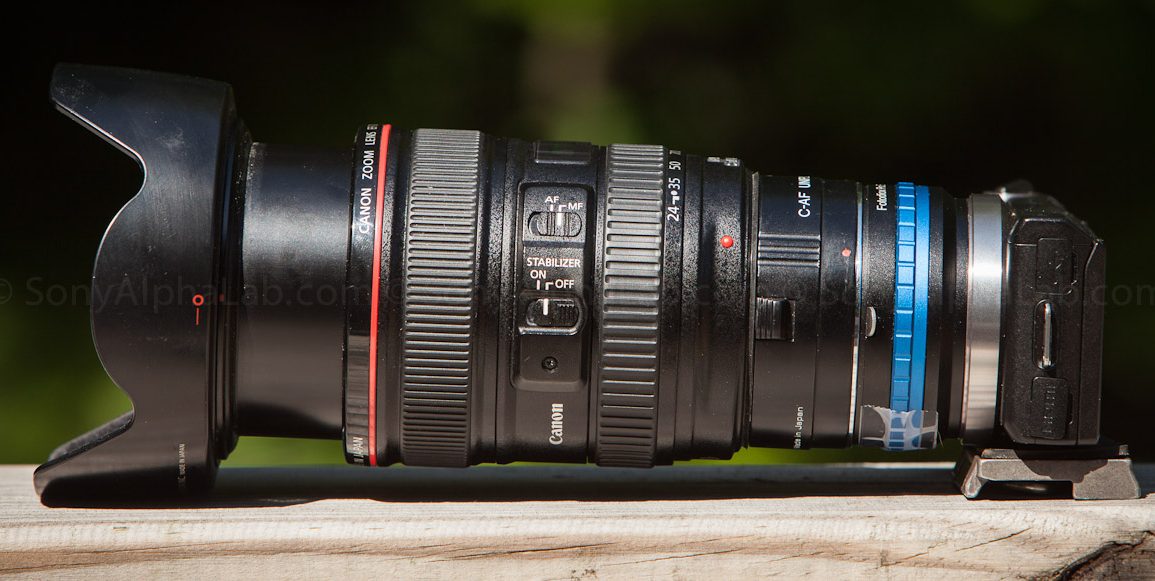 I was cruising around YouTube today checking comments etc.., and came across this incredible video on the Sony Nex Lens Adapters by David Kilpatrick. David is a Pro on this stuff, so be sure to check out his sites, because they are loaded with killer content and photography!! He’s also a friend of Gary Friedman, so clearly he’s a good dude and deserves props for his efforts across the board.

Speaking of Gary, be sure to check it his New Book on the Nex-7 if you haven’t already. I’m still in the process of reading it myself, but as an update it gets better and better the deeper I get. I skipped ahead to the off camera flash section and if you ever had a question about that stuff, Get This Book!! Gary explains everything you would ever need to know about Sony’s incredible off camera flash communication process, and shows how to use it!!  I’ll do a full review once I’m done reading it, so stay tuned for that 😉

I also had a chance to slap on the Canon 24-105mm f/4 L Lens to the Sony Nex-5n using the Fotodiox lens adapter and an additional Kenko 25mm Extension tube!! This allowed me to get much closer to my subjects and get some High Magnification Macro shots!! I’m not going to kid you and say it was easy to use this set-up, because it was tough. Any movement at all would result in a soft photo. When shooting Macro at high magnification, you ideally want to use flash units to help freeze and movement due to slow shutter issues.
I also recorded some HD video while using this set-up so you can see for yourself what it looks like when trying to focus at this magnification!!

First check out this awesome video by David Kilpatrick

You can also check out every lens adapter currently available for the Sony Nex Camera system in my Lens Adapter Guide over Here >>. There are also several articles and tutorials related to using lens adapters on various Nex cameras 😉

This was a lot of fun, but pretty hard to focus due to the incredible shallow depth of field.

I know this set-up looks a bit ridiculous, but check out some of the photos it produced!! And it didn’t cost me anything as I already had the lens and extension tube from my Canon gear.

Pretty Quick 1080i HD Video of what I saw when taking the Lily Macro Photo!!

Sorry for the poor audio in the video as I wasn’t planning on recording and just did it off the cuff as I was taking the photo. Really didn’t no what to say, so long pauses are abundant 😉 I also usually edit the videos a bit to fix that stuff, but this video I just uploaded right off the camera. Looks pretty solid in 1080!!

Be sure to select the 1080 HD option and then go full screen!!

That is about it for now, but I hope you all have a great Sunday and I’ll catch up with you later 😉
Jay